Scream If You Want to Go Faster – Ludic Rooms 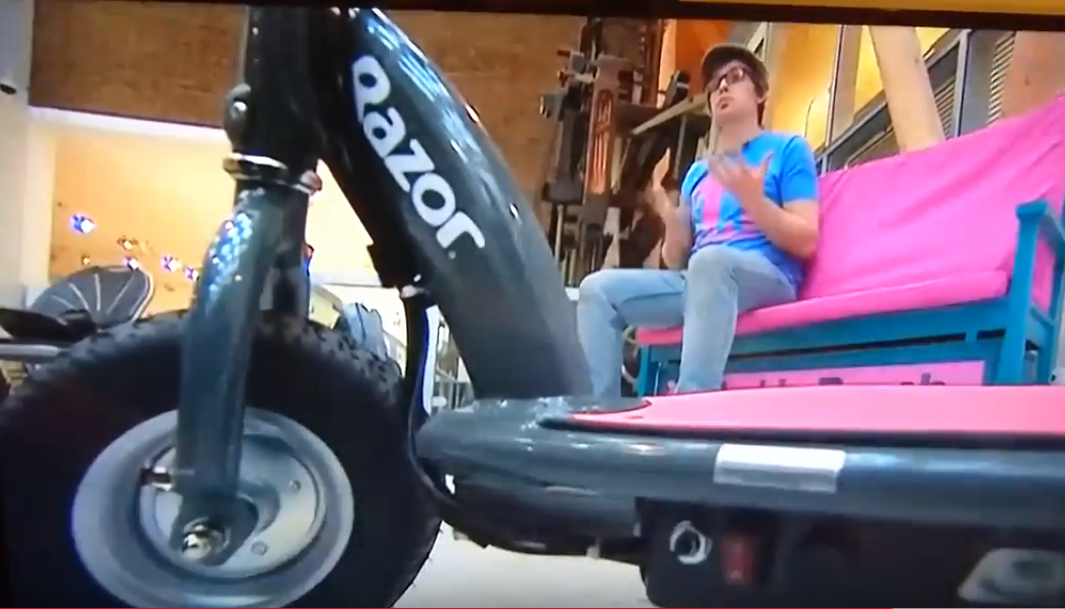 ‘Scream if you want to go Faster’ was commissioned by Ludic rooms for their Open Citizens programme as part of Coventry City’s successful bid for ‘UK City of Culture 2021’.

Open Citizens programme of activity by Ludic Rooms explored how a playful approach to creative technologies in public space might drive new conversations around citizenship in the 21st century.

The idea came from a local school, take a Razor E300 Electric scooter and modify it so as to respond to the riders voice. The louder you scream the faster it goes.

In theory, we were going to replace the throttle switch with a variable speed controller then use a microcontroller and a digital potentiometer to control it.

The microcontroller would take the sound from the microphone and map the volume level to the digital pot over SPI.  The digital pot connected to the speed controller.

All mocked up we were ready to commence testing.  The first test runs were fun.  But then there was a failure, the motor would not stop!!!   NOT GOOD.  So we knew that it worked in theory but we needed to build in some safeguards. With the addition of a few fail-safes, some fine tuning of the code and adjustment to the microphone gain we were ready for further testing.

There were several points that needed calibration,

After these things were calibrated it was a few more test runs then off to Ludic rooms for delivery.

A big thank you to Ludic rooms for giving us the opportunity to work on such an amazing project.

Cre8iveApple are delighted to have actualised
DAPHNE
to sit atop the stunning Lautenwerk-Clavicytherium.

Copied from the painting by Sacchi c. 1661.
Instrument built by Christopher Barlow 2017/8.
Commissioned by Richard Vendome on behalf of SCHOLA PIETATIS ANTONIO VIVALDI

New ‘do not resuscitate’ orders imposed on Covid-19 patients with learning difficulties https://www.theguardian.com/world/2021/feb/13/new-do-not-resuscitate-orders-imposed-on-covid-19-patients-with-learning-difficulties?utm_term=Autofeed&CMP=twt_gu&utm_medium&utm_source=Twitter#Echobox=1613225875

Reminder to support your autistic friends and:

Theme by Anders Noren — Up ↑